The Mighty Marmoraton Mine was a former iron mine located near Marmora, Ontario. Located in an area with precambrian metal sediments containing a variety of minerals, including metallic copper, gold, iron, nickel, silver, and zinc, as well as non-metallic metabasalt, felsic, and marble. Its history of mineral exploration and production began in the early 1920s when the Marmora Iron Works were established to process ore from the nearby Blairton mine. In the 1860s, gold was the main focus of exploration, but as the gold supply dwindled, interest in iron, copper, and nickel increased. By the 1950s, the Marmoraton Iron Mine was producing high grade magnetic ore which was extracted from an open pit from 1955 to 1978. The mine also produced limestone aggregate, a byproduct which was used for road building by the Ambro Rock Crushing Company until 1983. In 1951, the Marmoraton pit was purchased by the Marmoraton Mine Company, a subsidiary of the Bethlehem Steel Corporation in the United States. The iron ore was transported by rail to the Picton, Ontario harbor and shipped to the Lakawanna Steel Mill in Buffalo, New York.

Today, the former mine site is a popular tourist destination and is home to a number of historical artifacts and interpretive displays. Visitors can take guided tours of the mine, learn about its history, and see firsthand the impact it had on the local community.

When you arrive at the mine, you will park, and then head towards the open pit.  The size of the pit is impressive at 75 acres with a depth of 365 feet.  It is fenced off for safety. You can get a good view through a chain link fence from an observation deck.  The open pit has become a small deep lake filled with water.

Please note that these directions are for reference only and may not reflect current road conditions or the most direct route. It’s always a good idea to double check directions and allow extra time for unexpected delays. 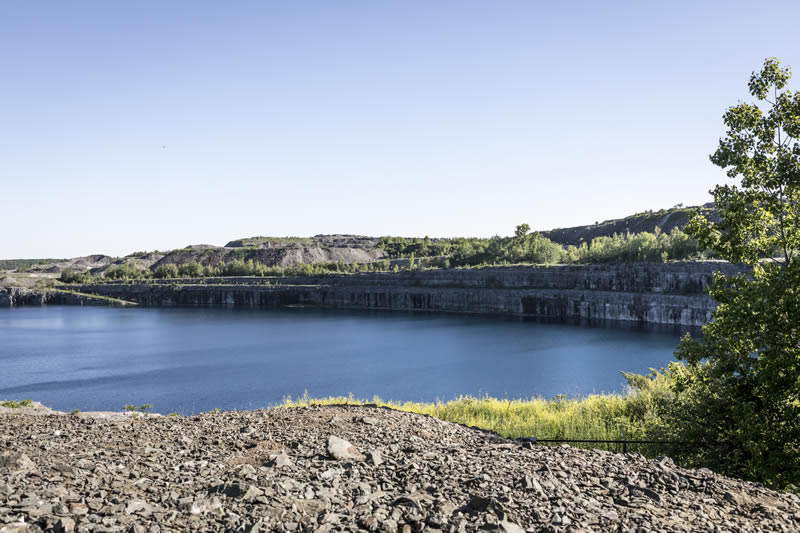