Enjoy snowmobiling, ATVing, and cycling? Then Bancroft Ontario is the destination for you! The area is equipped with many multi-use trails, some motorized, some not, and one can snowmobile, walk, ATV, bike, etc. for thousands of kilometers traveling to different towns, lodges, resorts and more. You can choose to take an organized tour, or else head out on your own on marked trails, township maintained trails, forest access roads, the Hastings Heritage Trail and more.

Bancroft has everything to make your vacation a real adventure! 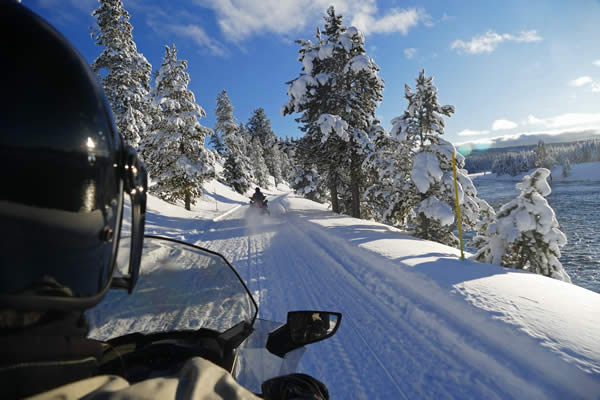 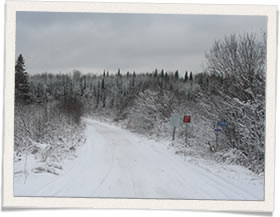 Hastings Heritage Trail
The Heritage Trail is a 156 km multi-use recreational trail, which follows an old abandoned railway line linking Hastings County. It is a four season trail commonly used for walking, skiing, biking, horseback riding and recreational vehicle riding. The trail starts in Glen Ross and heads North to Lake St. Peter. There are many stops along the way which are sure to catch your interest.

Central Hastings Heritage Loop
The Centre Hastings Heritage Loop is a beautiful scenic trail that takes you on a tour along side the villages of Madoc, Marmora, Stirling and more. Enjoy the picturesque township of Madoc, the historic Marmora Mine, and the beauty of the area. With two thirds of the Marmora Mine now filled with water, it is the perfect attraction to all sorts of wildlife.

Spectacle Lakes/Bear & Burnetts Mountain Trail
In 2000 a millennial project was undertaken to develop a four-season non-motorized recreation trail network centred around Spectacle Lakes, Bear Mtn. & Burnetts Mtn., some 20 km west of Barry’s Bay (Ontario). This was a vision of the late Maurice Mahaussier and executed by a group of volunteer trailbuilders from Ottawa.  Over the following decade a 50 kilometre network (SLBM Trails) was surveyed, mapped and installed offering the recreational user a wide variety of trails following routes that take in breathtaking panoramic views to rave about.  Use at own risk.

Thomas P. Murray Recreational Trails
These trails are situated in and amongst Barry’s Bay Ontario. A combination system of at least 6 trails, this varied use provides the option for multiple activity within a day!

Opeongo Heritage Trail
Walk in the footsteps of the area’s forefathers, as you travel one of the Ottawa Valley’s oldest settlement roads. Opened late 2009, the trail offers a glimpse of the conditions that the settlers to the Madawaska Valley had to endure as they looked for their new lands. The trail can be accessed just outside of Barry’s Bay on the Old Barry’s Bay Road or off of Opeongo Road (between Wilno and Barry’s Bay). Look for signs.

Vance Farm Park
This park was donated to the Town of Bancroft by Donald and June Vance in 1998, and officially opened in 2001.  The Vance Farm Park is a natural environmental setting with walking and hiking trails.  The entrance to the Park is at the end of Oak Street.  The park is approximately 37 acres, and the hiking difficulty level is specified at Moderate.

USE TRAILS AT YOUR OWN RISK
You must use caution at all times.
Emergency and cell phone service may not be available.
Please DO NOT LITTER on trails.
Be prepared to share the trail with other motorized vehicle and/or pedestrian traffic.
Weather and trail conditions can change without warning.

Ontario Federation of Snowmobile Clubs
A dedicated group to the supporting of strong leadership and support to member clubs to establish and maintain quality snowmobile trails which are used in a safe and environmentally responsible manner to further the enjoyment of organized snowmobiling.